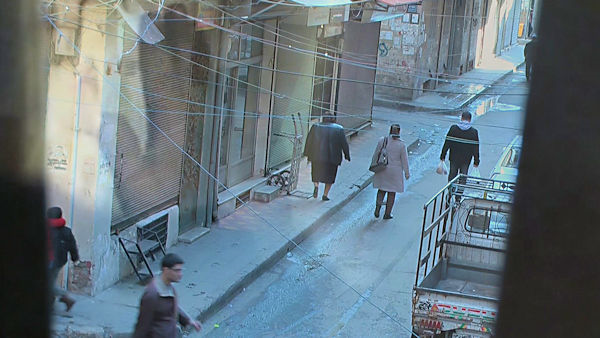 This year’s Berlinale features a special interest in refugees and migrants from around the world. Encouraging festivalgoers to engage with this global crisis, Festival Director Dieter Kosslick announced that refugees “will be at the heart” of this year’s programme. Berlinale’s interest coincides with those of many filmmakers whose entries focus on this topic. The variety of films dealing with migration raises questions about what relationship each filmmaker has with this topic, especially when making a film about people from a different nationality or background. What point of view – social, political or philosophical – does the filmmaker bring to the story? How does the filmmaker use the cinematic medium to engage these topics? What are the different approaches that various filmmakers adopt in relating to this shared theme?

As we live in the age of images and cinema, filmmakers have a responsibility to express and reflect social plights. How can anybody know about all the conflicts in the world if it were not for various media outlets? At the same time, it is difficult for a filmmaker to get involved in such critical issues, especially if the filmmaker is not directly related to the refugee’s situation. Making a film about an idea that does not directly concern the filmmaker may harm the people in the plight more than it may benefit them.

“To show the tragedy that’s playing out in front of our eyes … We’re all responsible,” Italian filmmaker Gianfranco Rosi said about his recent documentary “Fire At Sea” (Fuocoammare, Italy, France 2015) which was shown in the Berlinale Competition. The film looks at Lampedusa, a small island on the Mediterranean that on a daily basis receives a good deal of migrants and refugees coming on boats from Africa. As a filmmaker, Rosi feels he has a responsibility to express a situation he describes as a tragedy.

These people went through unimaginable inhuman suffering on what they call a “death journey”. After all that they have been through, Rosi’s response is to treat them humanely by capturing their special moments: organizing a football tournament and telling the story of their journey in song. Using a very small crew, or even filming by himself, Rosi spends a lot of time on the boats following the refugees being rescued and going through all the inspection procedures. The time he spends with the refugees creates a feeling of involvement for the viewer in regarding their situation.

Rosi contrasts the lives of these new arrivals to Lampedusa to that of an Italian boy named Samuel who spends most of his time playing with his slingshot in a quiet fishing village. Lampedusa’s inhabitants are seen enjoying a normal life that’s quite different from the refugees’. Samuel’s grandmother prepares meals while listening to the radio of news about the refugees. And we see the local radio DJ singing along to the songs he broadcasts.

Rosi is able to connect these two different ways of life through the local doctor who treats both the Lampedusa inhabitants and the refugees. We see him examining a pregnant refugee woman, trying to explain the condition of her twins by using simple gestures, as they do not speak the same language. In another scene he confesses to the camera that he cannot deal with death anymore, having to inspect boatfuls of dead refugees upon their arrival. At the same time, he feels that he has to do it because it’s his job, creating a sense of responsibility for the refugees. Though they have different professions, Rosi and the doctor share a similar responsibility in dealing with refugees and relating them to the lives of Italians.

“It is hard to look at these crisis in cold blood as if it is a calm and ordinary situation,” says filmmaker Philip Scheffner. Scheffner made his ninety-minute documentary “Havarie” (Germany 2016) from a three-minute clip he found on YouTube that was recorded by an Irish tourist from a Mediterranean cruise ship that was near a refugee boat calling for help. Scheffner traveled to the site searching for the origins of this video. He interviewed refugees who were on the boat that day, and he interviewed the person who recorded the clip, a hospital security guard from Northern Ireland.

As people are getting used to watch images of refugees, they start to lose interest in the crisis. This oversaturation and inattention is what led Scheffner to make an entire film based on a three-minute clip. In a panel discussion at Berlinale Talents called “Films on the Move”, Scheffner stated that he wanted to put the viewer in the position of the migrants on that boat. Instead of making a conventional documentary full of quotes and interviews, the director stretched the found clip, slowed it down to one frame per second and layered audio from his interviews over it to make the viewer feel involved in this situation with the refugees. Scheffner said “It’s not about the refugees, it’s about us watching.”

How to tell the story?

Avo Kapealian shows the daily routine of Armenians in Aleppo in the time of war and how war affected these people’s everyday activities in his film “Houses Without Doors” (Manazil Bela Abwab, Syria, Lebanon, 2016). But after Syrian security forces chased him and broke his camera, he resolved to tell his story by filming his neighborhood from his balcony. This was still a dangerous option because if the security forces found him, they might bomb the building he lives in or arrest him and his family. His father pleas with him, “Stop filming, you are putting us all in danger.” In the same panel, “Films on the Move”, Kapealian was asked why he made this film despite of the dangers. He answered, “I’m a filmmaker, I am not a soldier. This is my only way that I know how to respond.” He was resolved to make the film regardless of the conditions and results.

Kapealian’s film bears a unique style that stems from his restricted point of view from the balcony. He is able to capture moments that he finds important during this time, such as funerals or weddings, to show that despite the war, life goes on. Kapealian decided not to care too much about camera stability; in fact, he insisted on using the shots that he had taken when he was afraid and his hands were shaking. “I can put the camera on a tripod but I did not because I wanted to say that’s how I felt at that moment.” This unique approach gives a strong example of the special kinds of relationships between filmmaker, camera and subject in filming the refugee experience.