Complicities and Conflicts: How Cinematic Family Ties reflect our Times. Anna Maria Pasetti takes a journey through this year’s Main Competition films and highlights the defiant nuances that are found in various kinds of domestic relationships, something that often draws allusions to the larger society both past and present.

Parents, children, sisters, brothers, relatives, couples: And above all women fighting to keep all these bonds together. They are the members of small and extended families, traditional and progressive, functional and dysfunctional. The primitive relational place of the human being has ipse facto always occupied the center of literary and cinematographic narratives, the driving force from which everything starts and everything returns in explosions and resistances that affect – over time – society and politics, often with implications capable of marking history. The International Competition of the 72nd edition of the International Filmfestspiele in Berlin showed an extraordinary concentration of narratives of differently expressed and formally interesting family ties in opposition to, or participation in, unforeseen events that put a strain on their cohesion or reveal their fragility. In dramatic terms, these relationships are the reflection of this current time of crisis, or simply a search for an identity. 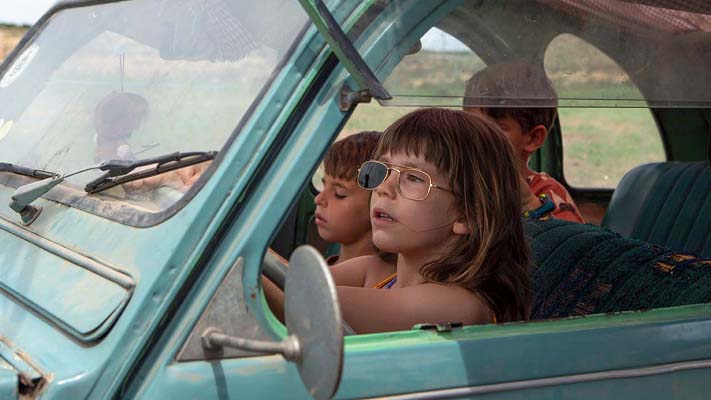 Awarded the Golden Bear, Carla Simòn’s Alcarràs portrays a contemporary that is close to tradition: rooted in the territory, humanly and professionally linked to the land it has cultivated for generations, intimately cohesive with the local community. Of autobiographical inspiration, the second work by the Catalan director points out, in the chaotic complicity of the “noisy” Sole clan, the vital element that can oppose and resist external adversities. Her gaze, attentive to social and political issues, offers an instant but profound fresco, well aware of the cultural humus of the area and equally radical in the positions it adopts, both from a thematic and formal point of view. Thus the battle waged by the Soles and neighboring families against the municipal expropriation of their land becomes the basis for an extra-textual involvement, that of the audience, who feel literally overwhelmed by the emotional and sanguine “character” of this Spanish opera co-produced by Italy. None of the family members is a superficial character, from the elderly patriarch to little Iris, they are all bearers of proud personalities but capable of establishing (pro) positive relationships. 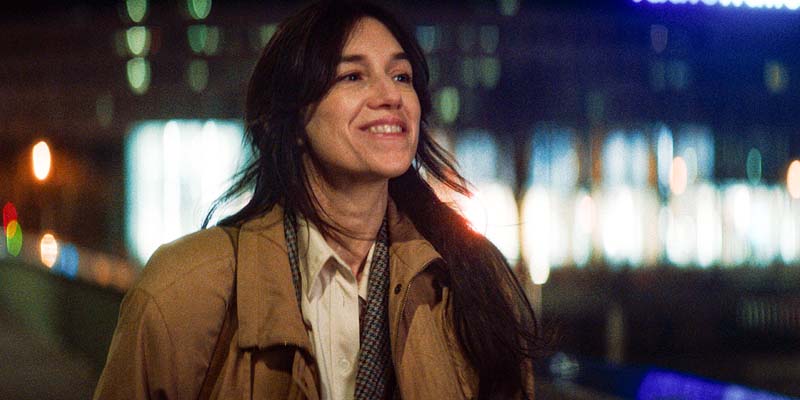 Complicit and intimately generous family relationships are also at the center of The Passengers of the Night (Les passagers de la nuit) by Mikhaël Hers. Set in the decade of the 1980s in Paris: a young mother whose husband has just left her goes through the suffering of abandonment accompanied by an elderly father and two teenage children. Years pass and history leaves its traces: at the same time Elizabeth (an inspired Charlotte Gainsbourg) and her kids, Bildungsroman – daughter Judith and above all son Matthias, the director’s alter-ego, even if backdated by a few years – are engaged as testimonials of the current French socio-political mutations, while their awareness of the inestimable value of consanguineous ties grows nourished by care, respect and profound truth. 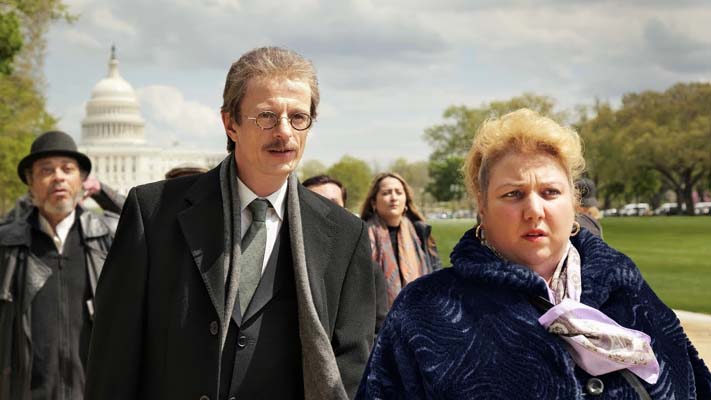 The 18th fiction film by the German director Andreas Dresen, Rabiye Kurnaz vs George W. Bush (Rabiye Kurnaz gegen George W. Bush), also relates a family to the facts of history, while reversing their direction and intensifying their proximity. Inspired by the true story of the young Murat Kurnaz, an innocent man imprisoned in Guantanamo from 2001 to 2006, the drama takes the point of view of his mother Rabiye who was the protagonist of an extraordinary battle for the liberation of her son. Backed by a solid screenplay courtesy of Laila Stieler and the intense interpretation of the Turkish-German actress Melten Katpan – both awarded the Silver Bear – this tense legal/political drama, one formally “in tune” with its theme, highlights just like Alcarràs how much family complicity is the starting point for a concrete “interference” in external abuses, in this case of clear international politics: thanks to Rabiye and his loved ones, history can even “reverse” its course with a determined, courageous, and at times revolutionary action.

Much more complex, since it was built on ambiguity if not on direct participation, is the bond with the criminal world of two families, as shown in Robe of Gems by Natalia Lòpez Gallardo (awarded the Silver Bear – Jury Prize). In this case, as indeed was the case in Dresen’s feature film, it is the female figure who becomes the dramatic promoter through the “tripartition” of the protagonists’ point of view in the Mexican director’s crime movie. Here we deal with an attempt to represent ethical chaos – good and evil are mixed – through a non-linear narrative organization, that is, fragmentary of matriarchal families yet victims of violence against women. 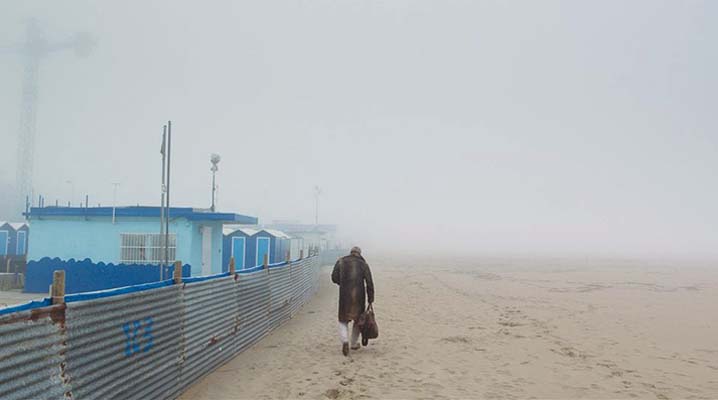 And women seem to be the backseat drivers also in Ulrich Seidl’s long awaited Rimini. It is in fact emblematic that the new film by the Austrian director begins with the death of the protagonist’s mother. He’s a man of evident Fellinian inspiration, who’s charged dramatically with being the meeting point/clash between the previous generation and the one following him. A dance singer and gigolo for elderly tourists on the Romagna Riviera, the Austrian Richie Bravo survives in Rimini by means of expedients, although his iconographic memory frames him in all the splendor of a career as a provincial star. Seidl builds around and through him a painful world made up of the usual freaks but this time inserted in a less grotesque, more complete, and above all unexpectedly empathic narrative. The exposed nerve of Richie, now 60 years old, decadent, but still bright and cool in front of his audience, is the relationship with his twenty-year-old daughter who suddenly comes into his life. There is an open conflict between the two, directed by the girl in open accusations against a father who has always been non-existent and indifferent to her and her mother. Richie’s mourning process therefore extends to his own inadequacy as a parental figure, that is, a father who is practically already deceased. His difficult reconciliation of the conflict, as well as the impossible recovery of lost time, is also reflected in the dynamics of The Line (La ligne) by Ursula Meier, whose analysis is in Hsin Wang’s essay.

Claire Denis’ talent needs no introduction, especially when expressed in the subtle byways of human feelings. Awarded the Silver Bear for directing for her poignant Both Sides of the Blade (Avec amour et acharnement), the French filmmaker elaborates the narration of an informed love triangle in a cinema that teeters between the visible and the invisible, all filtered through the point of view of a fragile and intimately ambiguous protagonist (Juliette Binoche). Her complexity is only apparent: it’s a mask to conceal her dependence on the other and therefore to affirm the inability of healthy autonomy. The male figures (the current partner embodied by the always perfect Vincent Lindon and the ex-husband played by Grégoire Colin) are functional to the unveiling of his character, the only true “enemy” in the field in a story built more on monologue than on a real “couple’s dialogue”.

Even Before, Now and Then (Nana), protagonist of the work of the same name by the Indonesian Kamila Andini, is a mysterious woman, “divided in two” in terms of marital relations. But the woman is a victim of this situation in the context of the horrors suffered by her people (Andini’s story is set in 1966 in the aftermath of the bloody war in Borneo). Nana is subjected to the blackmail of marrying a rich and powerful old man, despite the fact that she is still married to another, arrested for being a Communist. Built on a style that voluntarily evokes the melodramatic ghosts of Wong Kar-wai, Nana has the advantage of putting women at the center of her universe of contrasts, in the courageous search for a profound identity outside the current socio-political conditioning.

This same courage abounds in the couples at the center of three other contestants of Berlinale 72: A Piece of Sky (Drii Winter) by the Swiss director Michael Koch, One Year, One Night (Un año, una noche) by the Spaniard Isaki Lacuesta, and Return to Dust (Yin Ru Chen Yan) by the Chinese Li Ruijun. Although organized on clearly different narrative, dramatic and aesthetic systems, the three films posit the unity of the couple as an element of strength, resistance or resilience against external adversities. Something not unlike the family complicity described above, but here distinct because it is limited to the sentimental bond between a man and a woman. If the young spouses of the Swiss Alps told through the canons of classical tragedy by Koch find themselves facing the serious illness that affects their husband, the two thirty-year-olds in Lacuesta’s film – inspired by the true story of its male protagonist – find their common enemy in the trauma following the attack on the Parisian local Bataclan on November 13, 2015: their existence conceives a pre and post explosion (also on a metaphorical level) that conditions their behavior and feelings, up to the questioning of the very identity of their relationship. Older, but equally cohesive in their “resistance” to the outside world, instead the protagonists are translated into cinematographic poetry by 39-year-old Li Rujiun, already on his sixth feature film: opposing in their own way the advance of history, the two spouses demonstrate the ability of a silent yet powerful love, respectful in supporting each other’s frailties, never presented with the aesthetic of emotional blackmail. It is the dignity of love as a couple in its best manifestation, which is revealed and strengthened day after day, heroic, resilient and hidden.