Affected by COVID, Berlinale was shortened from eleven to seven days.  Four working days were missing while the number of films was not decreased.  As a result, every juror rushed between the screenings.  From the Competition section, I was deeply impressed by Ursula Meier’s The Line (La Ligne). 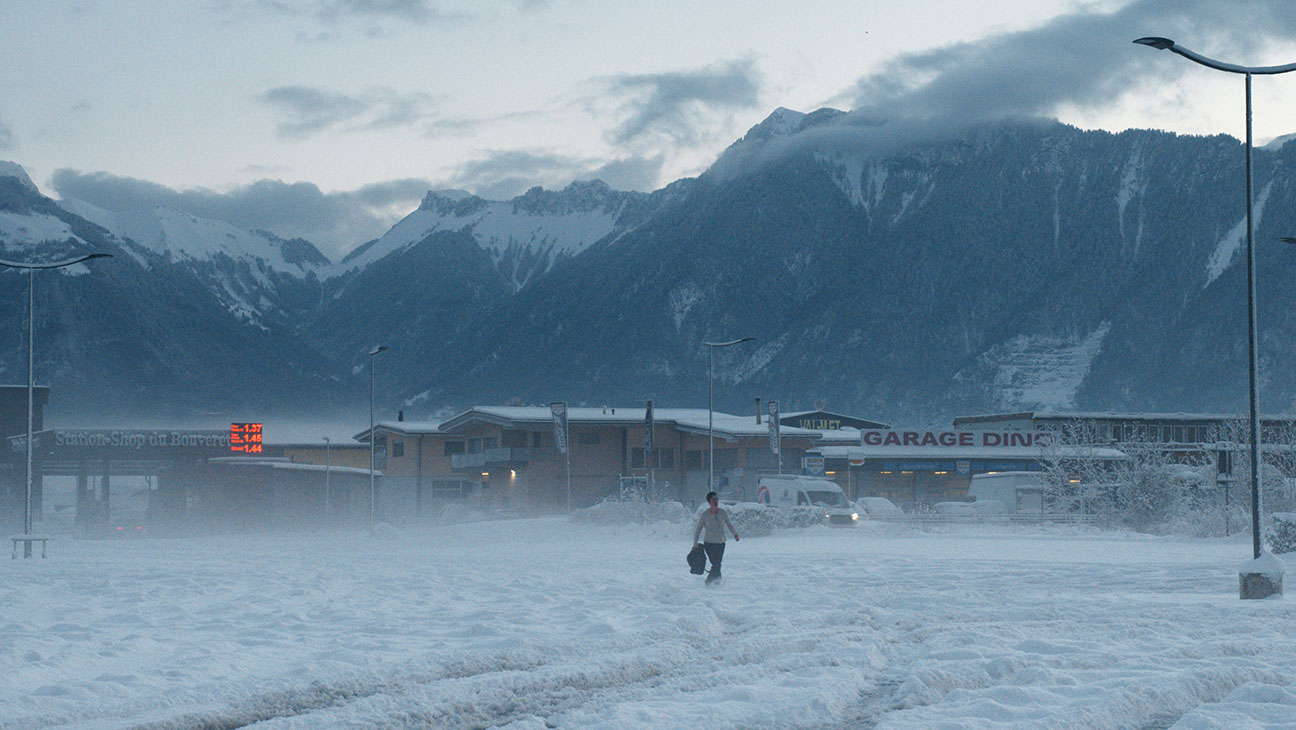 The story of The Line is quite simple: Margaret (Stéphanie Blanchoud) was imposed a three-month restraining order not to appear within 100 meters of her mother’s domicile, who accused her with assault. Margaret did everything possible to get closer to her mother. Finally, the end of the three-month deadline has come…

The film opens with a slow-motion violent scene of Margaret chasing and beating her mother. At first glance, I thought it was a bit pretentious. After watching the whole film, I realized that the slowness of this of violent confrontation is a ritualistic presentation of the theme, that is, the conflicts between the mother’s generation and that of the daughter. Like a finishing touch, “to bring the painted dragon to life by putting in the pupils of its eyes”, as the Chinese saying goes.

The mother is a classical pianist, dreamy, not very responsible (she doesn’t wash her daughter’s clothes, often leaves home to meet men), and wants to enjoy the afterglow of her youth. Although she loves her three daughters, she feels that her life is trapped by them.

The eldest sister, Margaret, is a talented guitarist.  She loves her family deeply and cares about her mother, but she can not stand her mother’s irresponsibility. Unwilling to follow her path in classical piano, Margaret gets along better with her father who also plays electric guitar and has broken up with his wife. The elder sister, according to her mother, is a housewife who enjoys ordinary life and the youngest one is a gifted singer. Margaret insists on approaching the 100-meter separation line to train her and give her lessons. The electric guitar will then lead younger sister’s classical hymns away from the mother’s classical piano influence.

The Line does not detail the reasons for the incompatibility between Margaret and her mother, but contrasts classical piano with modern electric guitar which symbolically expresses the conflicts between two generations. I deem this the most poetic part of the film. As director Michael Haneke puts it, “To fill in the gaps with music.” If there is nothing to say, just play the music! The music in The Line is not only the background soundtrack, and serves more than just to fill in the blanks, but also poetically and unconventionally echoes the contrast between classical piano and modern electric guitar, representing the conflicts between the two generations.

Margaret’s personality is impulsive and a little violent.  Her mother’s boyfriends hate her; her younger sisters are a little afraid of her; the whole village sees her as a monster. But Margaret is the most gifted, a symbol of creativity’s destructiveness. Both generation dislike each other. The past generation thinks we are lazy; we think the next generation is irresponsible. At one point, the mother sells her piano, and gets ready to settle with Margaret. In the final scene, Mother and Margaret seemed to be about to embrace, but they miss each other so closely.  The generations have not reconciled completely. They just stopped fighting, and they accepted each other. Whether they could live in harmony, is unknown, as it is still an open ending.

Ursula Meier’s Sister (L’Enfant d’en haut, 2012) won the Silver Bear ten years ago. In Sister, the irresponsible mother felt that her youth was tied down by her son, thus she lied that her son was a younger brother. Finally, the mother abandoned her son, who, filled with love and hate, can only take his fate as it comes, and keep working to support his mother. Ten years later, The Line starts with a direct fight. What will happen in the future is still open.

Ursula Meier keeps paying attention to the relationship between irresponsible mothers and her children. The conflict between generations is not a new topic, however, Ursula Meier made a brand new expression from old cliché, a fact which perfectly demonstrates how to reveal real life and its trivialities in an abstract and poetic way.