Subverting The Genre
By Asli Ildir 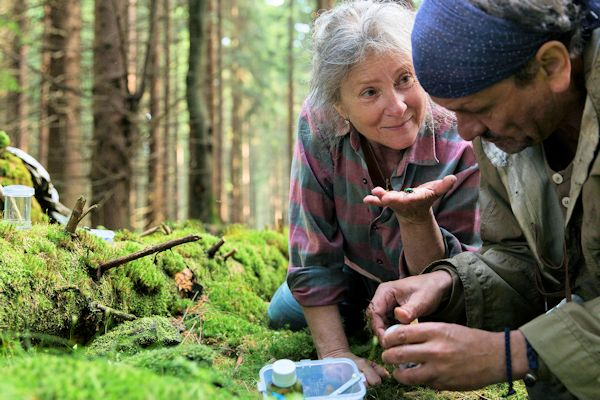 Representing political trauma is a hard task, especially for an artist who is depicting it while simultaneously experiencing it. This challenge is often met most effectively when the feeling of the trauma is captured in a genuine and visceral way. In this regard, genre films can be a surprisingly powerful way to explore political subjects, producing exciting hybrid forms of representation.

Horror and thriller genres are positioned in the limbo between films that claim to represent trauma realistically and directly and those that reject that claim. This is a dichotomy famously exemplified by SCHINDLER’S LIST and SHOAH, two films with totally different depictions of the Holocaust. This binary is so powerfully ingrained in our consciousness but so limiting to our ability to see beyond them that it requires courage to seek a new approach. It would seem that horror films would be in a poor position to provide this approach, as they are still met with prejudice due to their notorious history as “genre” films with commercial connotations. In this case, to use horror filmmaking as a new way to show political trauma is a courageous act in itself.

Ana Lily Amirpour, an Iranian-American director who is an alumnus and guest of Berlin Talents, is known for combining different genres to play with the rules of representation and creating a political voice at the same time. In a Berlin Talents interview, Amirpour states that she believes in the power of extremes. In her debut feature A GIRL WALKS HOME ALONE AT NIGHT (United States), she uses the power of the horror genre to subvert the experience of being a woman walking home alone at night, or just being a woman in general. Inverting the classic horror image of a vampire and its victims, the film transforms a woman in a chador to a man-hunting vampire. The analogy is bold and direct, rejecting the subtleties of modernist representation, which can tend to be overly careful about respecting the traumatic experience of its subject.

In trauma studies it is often claimed that it is problematic to create overidentification with a subject so that their traumatic experience can be represented and identified with. SCHINDLER’S LIST does this by having its audience identify with victims of the trauma, fabricating a cathartic, redemptive experience from catastrophe. Amirpour faces this dilemma head-on to create a complex layer of representation. On the one hand, her use of horror elements gives a powerfully direct feeling of what it is like as a woman to be followed by a harasser at night. On the other hand, because the film never constructs a realistic atmosphere, it also never claims to be representing that experience in a literal way. Since the allegory is very direct, the film acts as if saying “this is what it feels ‘like’, not what it ‘is’.”

Amirpour’s play with the rules of different genres and her own way of representing the trauma can be considered in relation to two films from the 67th Berlin Film Festival. INFLAME (KAYGI, Turkey) and POKOT/SPOOR (Poland) represent their own trauma within the sensual, even visceral atmosphere of the horror and thriller genres.

INFLAME features a young female journalist going insane due to political repression in her job, and the traumatic memory loss she experiences regarding the suspicious death of her parents in the Sivas Massacre in 1993. Her memory loss is seen in different contexts informing Turkish society, such as urban transformation and collective trauma. Director Ceylan Özgün Özçelik constructs a gothic atmosphere to show the entrapment of her character. Hasret works as a documentary editor in a news channel with the motto of “What you see is the truth, what you hear is the truth.” She is transferred to the news editing section and forced to manipulate the images, news, and re-edit them with fabricated headlines such as “The people gave the verdict.” Hasret starts to see nightmares, hear voices and becomes extremely paranoid. The film also becomes more claustrophobic, terrifying and suffocating as she is trapped in her own house with her twisted memories.

Like Amirpour, Özçelik presents her character’s trauma as if to say, “this is what it feels ‘like’, not what it ‘is’.” A lesser, more conventional drama might offer simple psychological explanations for Hasret’s condition, but INFLAME rejects depicting the trauma as an individual struggle. As Amirpour does, Özçelik doesn’t claim to represent Hasret’s trauma as realism. However, INFLAME does not reject the importance of representation. For instance, the Sivas Massacre, a traumatic event for Turkish society where 35 people including mostly Alevi intellectuals were burned by radical Islamists, is literally being erased from the history, with a lapsed investigation and lack of documents to open a new one. Through Hasret’s mental instability, Ceylan allegorizes this traumatic memory loss and its effects on the individual and collective psyche.

Ceylan’s allegorical references are not as direct as Amirpour’s vampire woman, but she opens a space for the audience to interpret the feeling of political trauma without almost any direct references to the Sivas Massacre. Considering the repression, violence and increasing authoritarianism in recent years in Turkey, the horror of silence and forced amnesia of traumatic events is a common element that makes the movie’s masked themes accessible to the general Turkish audience.

POKOT by Agnieszka Holland is a thriller that also successfully appeals to a general audience thanks to its use of genre elements. It tells the story of another “insane” woman struggling against animal hunters in her village in Poland. In her twisted KILL BILL-like avenging woman thriller, Holland constructs a humorous allegory of the absurdity of the “state as the legitimate murderer,” while also giving references to the Holocaust.

After her dogs go missing, the lead character Janina starts to go a little insane, though in a very intentional way. Finding out the killers of her dogs and other animals, she starts to hunt all of the perpetrators as revenge. Though not as claustrophobic and terrifying as INFLAME, POKOT humorously weaves different poles of insanity into its tale, from depression to mania. Putting humour into horror or thriller is what POKOT adds to Amirpour and Özçelik’s way of depicting trauma, resisting the tendency of others’ to be sombre and serious while representing it.

POKOT’s also contributes a consideration of the non-human to understanding human trauma. Every time a perpetrator talks about the animals as non-humans, the camera focuses on a part of these men, an eye, a mouth, a mustache, as if trying to dehumanize them from the eyes of Janina. Janina tries to persuade the police officers that these serial killings can be the revenge of the animals, “I wish they were counted as witnesses too, they see a lot” she says. Putting the animals as both subjects and victims of trauma, Holland makes a courageous analogy between the Holocaust or political violence victims, and animals via their silence, their loss, and their neglect by the law, as the source of state violence.