The Courage To Fail
By Petra Meterc

FOR AKHEEM, a documentary by Jeremy S. Levine and Landon Van Soest, having its world premiere in the Berlinale Forum, tells the tale of what it’s like to be young, gifted, and black in 2017.

Coming-of-age narratives need to be inventive in order to succeed. FOR AKHEEM’s storyline includes violence, constant fear of dropping out of school, teenage pregnancy, as well as incarceration, and certainly fits the milieu of films depicting the difficulties of growing up in economically depressed black communities. Yet what makes it stand out is the candidness with which the two filmmakers engage in this long-term documentary, the production of which spanned over three years and, more importantly, they really got to know Daje, and considered her an active participant in telling her own story. The directors did not need to construct a coming-of-age story, and rather could focus more on meticulous editing that allows the narrative to emerge.

The film kicks off with Daje Shelton, nicknamed Boonie, who has enrolled for the Innovative Concept Academy, the last haven for troubled teenagers whose (sometimes quite stupid) mistakes almost cost them their education. The film makes it clear that the black youth from St. Louis, Missouri, are too often defined by a single mistake for their entire lives. The juvenile court and educational systems may demonstrate an understanding that it is the kids’ social conditions and race that often pre-define them and their “problematic” behavior, yet this does not mean they are spared the consequences. The kids feel as though they are expected to fail from an early age, so why even try?

What at first seems like distant observational realism echoing Frederick Wiseman (especially with the high-school scenes), gradually morphs into an extremely intimate portrayal that gets so close to Daje that we soon forget this is not fiction, especially when her diary entries are shared through her voice-over.

While it is Daje’s personal story that is in the foreground, the strong social and political commentary of the hardships of her community are consistently present. The filmmakers include footage of the media coverage of the urgent protests in Ferguson, making it evident that it is only the media that presents the murdering of black youth as something new, yet for those affected, this is obviously old news. With the media constantly lurking for the next big story, intimate films like FOR AKHEEM actually give a spotlight and voice to the individuals living those stories.

Editing as an Act of Killing
By Richard Bolisay 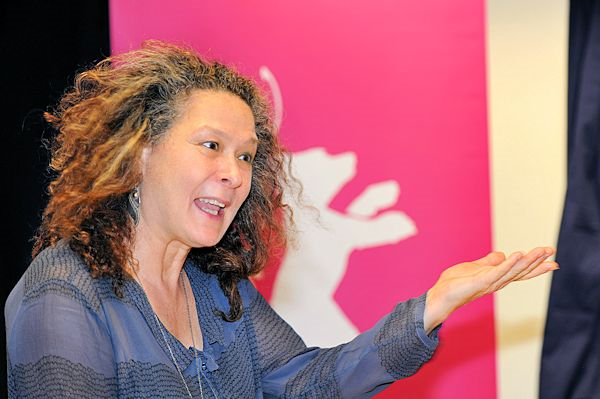 Before starting her talk, director and editor Susan Korda asks the audience about their backgrounds. It is a crowd made up of producers, directors, writers, cinematographers, composers, and, of course, editors, who have come to her lecture at the Berlinale Talents entitled “Kill Your Darlings,” which emphasises the role of editing in making good cinema.

Although seen as essential in the filmmaking process, editing comes with established but old-fashioned rules that have been strictly followed by professionals over the years. Korda mentions these misconceptions, particularly the uncompromising adherence to continuity and match cutting, as well as some producers’ penchant for having a clear story and logical character motivations.

Korda also emphasised that “Editing is not visual: it is emotional, it is musical.” She decries the habit of showing too much surface detail, as for her “the problem with showing is inherently talking down to [the audience].” When viewers are conditioned to always accept by-the-book storytelling, the moviegoing experience becomes limited, and the result deprives the viewer of the many pleasures of cinema.

Guided by Walter Murch’s principle, Korda’s strongest advice to editors is to cut for the emotion, not for narrative logic. The emotion serves as the heartbeat of the film. When it is prioritized, the story will flow easily, and whatever shortcomings the film may have technically can be overlooked. Alluding to William Faulkner, she says it’s imperative to kill one’s darlings — to let go of those beautiful shots or scenes — if it means the film will benefit as a whole. “There is no such thing as a mistake in the editing room. Everything is always an opportunity,” Korda shares inspiring words that can go a long way in practice.

Style Is The Answer
By Asli Ildir 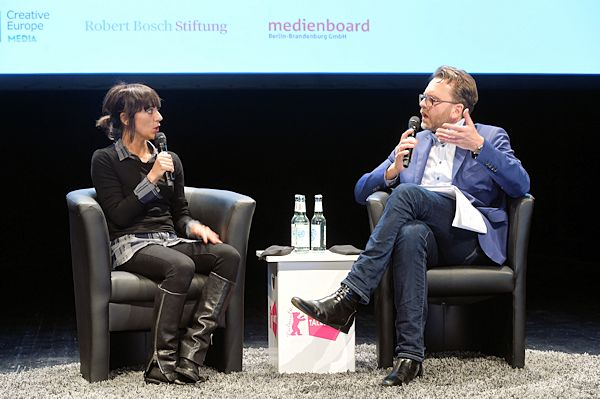 “Style Is the Answer”, is a song that Iranian-American director Ana Lily Amirpour has been listening to repeatedly for the past few weeks. Playing the song at her Berlinale Talents talk “Walking Home Ideas: Inspirational Flows,” she mentioned that she has been criticized for being overly preoccupied with style. Her response to this criticism is: “Be preoccupied with whatever you want!”

As a big fan of Bruce Lee, westerns, horror films and other “weird stuff”, Amirpour is into what she suggestively describes as “the wormholes”. The idea behind her first long feature, A GIRL WALKS HOME ALONE AT NIGHT (2014) seems like one of these discoveries she made on her journey into these wormholes. A spaghetti western horror film set in an Iranian ghost town named “Bad City”, it features a young vampire woman hunting down male harassers from under the cover of her chador.

Amirpour says that she is like the mad scientist Doc Brown from the BACK TO THE FUTURE series. She accepts herself as a mad but lucky person because she has her films to apply her madness. She likes to invent things and go to extremes. Giving us her insights on the horror genre, she says, “I have no loyalty to the physics of the real world with logic. The extreme elements can help push something even more into the spotlight,”
Her last film, THE BAD BATCH, which premiered in the Venice Film Festival, also looks to extremes, a cannibalistic story in the middle of the desert. “I make dark, twisted, perverted fairy tales”, she says, but she does not agree that she is preoccupied with style even though she shoots hybrid genre films. Her films defend the idea that what people feel is interconnected with the context of the world and systems that we’re living in. “Everything is politics: love, life, identity,” she says, while wearing a “Fuck Trump” hat on stage.